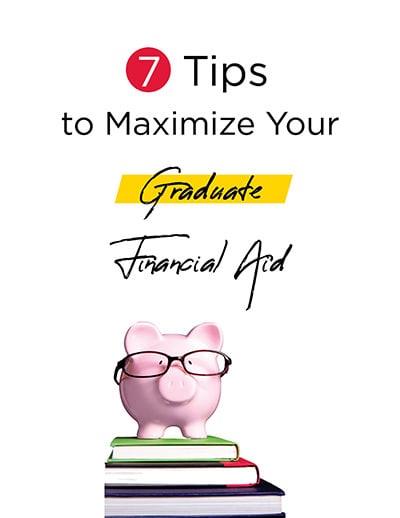 LESSONS FROM A DECORATED CAREER: Cultivating Relationships With Stakeholders

You can’t go anywhere in the state of Kansas without bumping into somebody who knows Ed Pavey.

Pavey retires in June after a quarter-century at the helm of the Kansas Law Enforcement Training Center (KLETC). He leaves behind a legacy of leadership and innovation — as well as a network of relationships second to none.

The man is connected.

"He knows people all over the state,” said Darin Beck, who was recently announced as the new executive director of KLETC. “We can go to the most remote part of the state, stop to get gas, and somebody will pull up and say, 'Well, Ed Pavey!' He knows someone everywhere. He's a rock star within the law enforcement community."

But Pavey isn’t just a back-slapper. During his tenure, KLETC grew from a tiny two-building campus — those buildings left behind from a World War II-era naval aviation training base — into a 15-building campus with state-of-the-art training technologies to help new law enforcement officers learn about the law and tactics they’ll use during their careers at more than 400 law enforcement agencies across the state.

"How do things like that happen?” asked State Rep. John Carmichael, a Democrat from Wichita.

Simple, Carmichael said. Pavey has “the ability to walk into the statehouse and know probably half the legislators by their first name. That's important.”

Put another way: One of Pavey’s big strengths as a leader is cultivation of KLETC’s stakeholders. That cultivation helps strengthen the institution into one with respect around the state and nation.

"He may be one of the best lobbyists in the building,” Carmichael said, “and he's not paid to be a lobbyist."

How did he do it? He has some advice.

Know who your stakeholders are. “I’ve got bosses,” Pavey says, but that’s only part of the story.

Yes, Pavey is excellent at working with state legislators ultimately responsible for setting his budget and ensuring he has money to pay for it. But Pavey also has deep and broad ties in the Kansas law enforcement community — and in the towns and cities across the state that send their officers to be trained at KLETC. And he’s made sure to reach out to all of those constituents.

"Director Pavey, for some years now, has educated, not just law enforcement about training, but various groups, including Leadership Kansas,” said Gary Steed, executive director of the Kansas Commission on Peace Officers’ Standards and Training. “When you talk to people across Kansas, you mention the training academy, people's eyes light up and say, 'I've been there.'"

That outreach doesn’t happen by accident.

“Any time that we have an opportunity to showcase KLETC, we take advantage of it,” Pavey said. “We've had Leadership Kansas in here. We had the KU chancellor's Wheat State Tour on several occasions, back when they were doing it annually. We do school tours with school buses here quite frequently, with kids at a young age.”

The point? “We're trying to explain to them what we do and why we do it,” Pavey said.

Be inquisitive and responsive. The needs of law enforcement agencies have changed over time — there is, for example, an increasing call for new officers to have training about racial bias and how it can affect their actions. Observers around the state say Pavey and his staff stay on top of such changes.

“He’s always asking, 'What are your needs? What do we need to be teaching out here?'” said Shawnee County Sheriff Herman T. Jones. “He's in touch with what's needed today, and what's needed for tomorrow."

"He always seems to have his thumb on what's going on around the state,” said Brad Schoen, director of the Riley County Police Department. “It doesn't matter if you're a sheriff in western Kansas or the chief of a bigger force. He knows you, knows your situation."

Kirk Thompson, director of the Kansas Bureau of Investigation, offered an example: A few years back, the bureau wanted to help law enforcement officials learn how to send out “Amber Alerts” when young children are kidnapped. KLETC developed a video that went out to agencies across the state, explaining how and why to use the system.

"That's one example,” Thompson said. “If I have a question or concern, I can pick up a phone and talk to Ed or anyone on his staff, and we'll figure it out."

Stay true to your word. Beyond his responsiveness, Pavey has also earned a reputation for probity during his half-century in law enforcement.

Pavey said he keeps his constellation of stakeholders in mind, even when making the smallest decisions.

“Let's say that I decide we need to have a night class, because we think it's really important that these officers take it,” he said. “What I've got to also remember is the overtime issues for agencies around the state. The decision that I make here could sure make a lot of chiefs and sheriffs mad, because they may not have overtime or budget. They may call their legislators and say they're not satisfied with the Kansas Law Enforcement Training Center, because we're making decisions without consulting.”

In other words: Consider the stakeholders — always. If not, well, they’ll certainly consider you.

“Decisions we make here can influence other things,” Pavey said. “I just need to be aware that anything we do here could have political implications for somebody else.”

Discover Pavey's lessons on staying innovative throughout the years.